Read this then watch the short video.

Two Black Americans were elected to congress this cycle, and both are Republican. Col . West is from southern Florida . He won in a walk. This new Congressman was an extremely popular commander in Iraq . He was forced to retire because during an intense combat action a few of his men were captured. At the same time, his men captured one of the guys who were with the Iraqis who captured his men. Knowing that time was crucial and his interrogators were not getting anywhere with the prisoner, COL West took matters into his own hands. He burst into the room and demanded, thru an interpreter, that the prisoner tell him where his men were being taken. The prisoner refused so COL West took out his pistol and placed it into the prisoner’s crotch and fired. Then the COL told the prisoner that the next shot would not miss. So the prisoner said he would show where the American service members were being taken. The Americans were rescued. Someone filed a report on incorrect handling of prisoners. COL West was forced to retire. COL West was just elected in November 2010 to Congress from Florida . During the elections he was part of a panel on how to handle or how to relate to Muslims. You will see his answer here explaining in just over a minute the truth about Islam. Please watch and if you agree, please forward it to your friends. If you disagree, it is your choice to go with them but think of the children and children’s children.

For Veteran’s Day: A vet who understands the enemy we face

The video at Tango Mike Mike below, is about a type of heroism seldom seen.  The name of this extraordinary Soldier should be know by all Americans.  If someone should ask you describe a hero or heroism, having watched this video you will have no difficulty answering the question.

Tango Mike Mike is the story of Green Beret Roy P. Benavidez and his heroic action in Vietnam that earned him the Medal of Honor. His story is truly amazing and is a tribute to all the Vietnam Vets whose stories haven’t been told. If you want to read more about Roy read: Medal of Honor.

These aircraft carriers look formidable and of ultra modern design. There
are reports the 1st Chinese aircraft carrier is under construction and could
enter service around 2015 or earlier. It won’t be long before we see the
real thing. Defense analysts are waiting; watching anxiously. 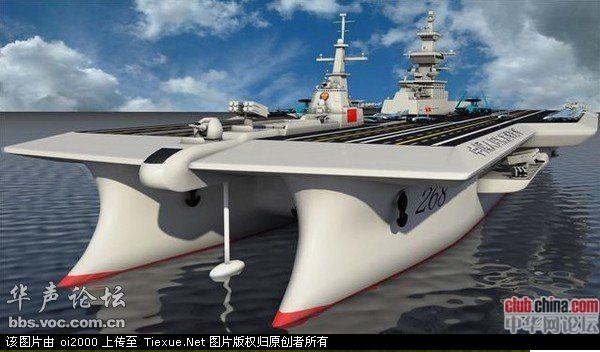 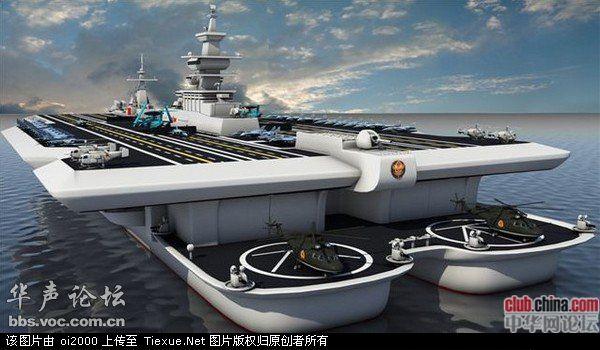 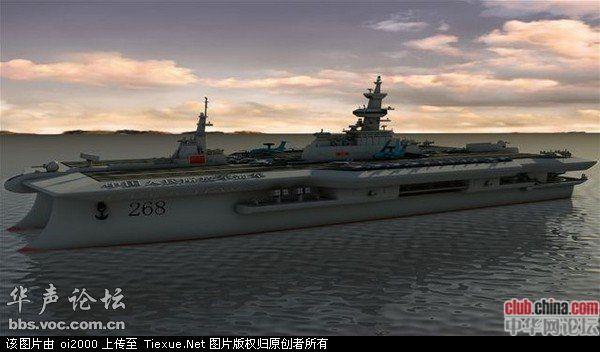 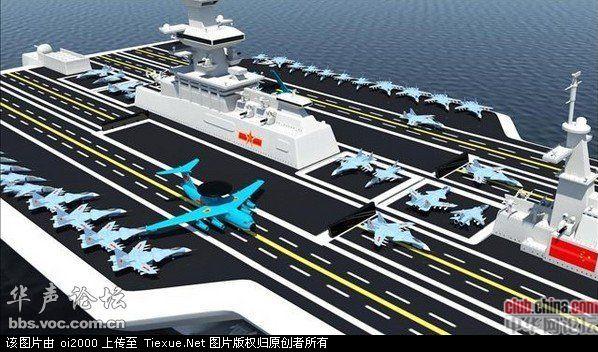 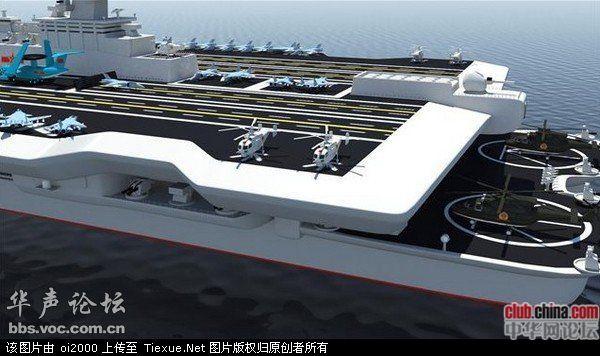 THIS IS QUANTUM LEAP ABOVE ANYTHING WE HAVE ON THE DRAWING BOARD. THEY HAVE THOUGHT ” OUTSIDE THE BOX ” ON THIS ONE. BETTER SPEED, LARGER CAPACITY, MUCH MORE STABLE, ETC. DEFINITELY A ” BLUE-WATER ” LONG REACH VESSEL.
PLUS THEY CAN SERVICE THEIR NUKE SUB FLEET IN-BETWEEN THE TWIN HULLS ( SIGHT UNSEEN ) OR EVEN LAUNCH AMPHIBIOUS OPPS FROM SAME. IT WILL BE LAUNCHED IN HALF THE TIME IT TAKES THE USA AT JUST ONE-THIRD THE COST. ADD THE NEW CHINESE STEALTH FIGHTER BOMBER ( NAVAL VERSION ALREADY FLIGHT TESTING ) IN THE MIX AND YOU HAVE THE MAKINGS OF A FORMIDABLE WEAPONS SYSTEM INDEED..

ALSO LOOK AT THAT EXTRA ”PARKING AND READINESS” STATION BETWEEN BOTH HULL STRUCTURES.. AND OF COURSE THE LAUNCHING AND LANDING CAPABILITIES FROM THE UTILISATION OF TWIN FLIGHT DECKS AT ONCE

P.S.   SOME THOUGHT SHOULD BE GIVEN TO ADVISING YOUR GRANDCHILDREN TO LEARN TOSPEAK MANDARIN ( FORGET SPANISH ) MY ” VERY, VERY BRIGHT ” 15-YEAR OLD 3rd COUSIN HAS ALREADY BEEN ADVISED TO DO SO BY PEOPLE WHO KNOW ABOUT SUCH THINGS.

P.P.S   SIX OF THESE VESSELS ( TWO PACIFIC, TWO ATLANTIC, ONE INDIAN OCEAN AND ONE MED SEA ) WOULD BE A PRETTY GOOD DIPLOMATIC ” BIG STICK “. NOTE : THE CHINESE ARE ALREADY DRILLING FOR OIL OFF CUBA. BRAZIL AND VENEZUELA.  CAN THEY BUILD A FLEET OF THESE THINGS ???

A FEW FACTS: THE CHINESE HAVE COMPLETED THE WORLD’S BIGGEST DAM ( THREE GORGES ), THE WORLD’S LONGEST OVER-WATER BRIDGE ( 65 TIMES AS MUCH STEEL AS IN THE EIFFEL TOWER ).  CONSTRUCTED A 15.000 ‘ HIGH RAILROAD INTO TIBET (ALL CONSIDERED MAJOR ENGINEERING FEATS).

THEY ARE THE ONLY NATION OTHER THAN RUSSIA THAT CAN LAUNCH MEN INTO OUTER SPACE ( OUR CAPABILITY ENDS WITH THE LAST SPACE SHUTTLE LAUNCH THIS MONTH ). THEY HAVE ALSO SHOT DOWN A SURVEILLANCE SATELLITE ( ONE OF THEIR OWN ) FROM THE GROUND. PLUS THEY ” OWN OUR ASS ” IN THE INTERNATIONAL DEBT GAME.

CHINA’S NEW A/C CARRIER COULD BE TWICE AS FAST AS ANYTHING WE HAVE, PLUS THE STABILITY OF A CATAMARAN TYPE HULL WILL GREATLY REDUCE THE PITCHING, YAWING AND SWAYING COMMON TO OUR PRESENT DESIGNS.

A real hero God bless him. 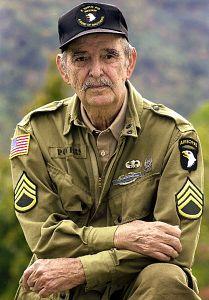 Shifty volunteered for the airborne in WWII and served with Easy Company of the 506th Parachute Infantry Regiment, part of the 101st Airborne Infantry. If you’ve seen Band of Brothers on HBO or the History Channel, you know Shifty. His character appears in all 10 Episodes, and Shifty himself is interviewed in several of them.

I met Shifty in the Philadelphia airport several years ago. I didn’t know who he was at the time. I just saw an elderly gentleman having Trouble reading his ticket. I offered to help, assured him that he was at the right gate, and noticed the “Screaming Eagle,” the symbol of The 101st Airborne, on his hat.

Making conversation, I asked him if he d been in the 101st Airborne Or if his son was serving. He said quietly that he had been in the 101st. I thanked him for his service, then asked him when he served, and how many jumps he made. Quietly and humbly, he said “Well, I guess I signed up in 1941 or so, and was in until sometime in 1945 … ” at which point my heart skipped.

At that point, again, very humbly, he said “I made the 5 training Jumps at Toccoa, and then jumped into Normandy .. Do you know where Normandy is?” At this point my heart stopped. I told him “Yes, I know exactly where Normandy is, and I know what D-Day was.”

At that point he said “I also made a second jump into Holland , into Arnhem .”

I was standing with a genuine war hero …. And then I realized that it was June, just after the anniversary of D-Day. I asked Shifty if he was on his way back from France , and he said “Yes… And it ‘ s real sad because, these days, so few of the guys are left, and those that are, lots of them can’t make the trip.” My heart was in my throat and I didn’t know what to say.
I helped Shifty get onto the plane and then realized he was back in Coach while I was in First Class. I sent the flight attendant back to get him and said that I wanted to switch seats. When Shifty came forward, I got up out of the seat and told him I wanted him to have it, that I’d take his in coach.

He said “No, son, you enjoy that seat. Just knowing that there are still some who remember what we did and who still care is enough to make an old man very happy.” His eyes were filling up as he said it. And mine are brimming up now as I write this.

There was no parade.

No big event in Staples Center ..

No wall to wall back to back 24×7 news coverage.

No weeping fans on television.

And that’s not right!!

Let’s give Shifty his own Memorial Service, online, in our own quiet way.

Please forward this email to everyone you know. Especially to the veterans.

P.S. I think that it is amazing how the “media” chooses our “heroes” these days… Michael Jackson & the like! 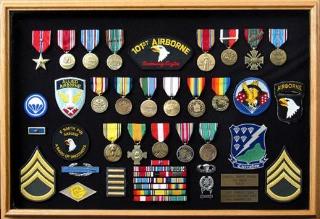 Please do me a favor and pass this on so that untold thousands can read it…..

We owe no less to our REAL HEROES……

Here are some great shots taken on Iwo Jima during WW2 – many of P-51s in various states of disrepair.

Very interesting… think we might do well to import some of these.  You can be sure they will be coming north … that is unless the US Gov starts “selling & tracking” them to drug dealers in Mexico….!   I think the comments on the M-16 are overdone, but we did have considerable problems with them early on.

THIS IS SOMETHING YOU MUST READ AND WATCH THE VIDEO AT THE END!! THIS IS ONE HECK OF A WEAPON!!!!

The Russians invented the infamous AK-47, which was the weapon that took out a lot of our troops in Vietnam . You could run it through the mud, never clean it, and it would fire 3000 rounds without jamming. It was dependable because it was built with a lot of slop, what engineers call wide tolerance, to operate under any condition, including sub-zero weather.

The counterpart US M-16 was responsible for more US servicemen deaths because it was undependable, would jam if a mosquito crawled into the mechanism and required constant cleaning. After firing 2 dozen bullets the barrel would glow red, the extractor would jam and the plastic stock would melt. The only thing it was good for was marking the spot where the soldier was buried. After 16 modifications the M-16 was introduced by a subsidiary of Mattel, the government contractor. Not widely used anymore it performed marginally better but still was plagued with the original design flaws. Since then the military has tested and introduced 14 new hand held weapons, many very high tech, and some very scary weapons with amazing lethal capabilities. These did not come about without huge costs to supply each serviceman.

Some will disagree, but we continue to fight insurgencies and terrorists equipped with the AK-47 and our troops still encounter casualties, but more casualties from improvised devices and low tech approaches to lethality.

Now the Russians have developed a new weapon that every terrorist and hunter would equally want to own. It is the AA-12 fully automatic 12 gauge shotgun that is capable of a 28 round quick release magazine. Leave it in a barrel of mud it will still fire on command and there is absolutely no recoil, a ten year old could operate this weapon and never miss with a choice of 3 different loads and shot spread patterns.

This weapon is being dubbed, the Alley Cleaner, and soon this gun will find its way into drug and gang warfare currently being waged in the streets of America.

It’s available on the Internet and is being shipped to Canada and Mexico . You would be surprised at the price….for under $700, it comes with 5 magazines, w/o shells.

The comparable semi-automatic 20 shot short barrel unit used by many SWAT teams sells for around $1200.

How’s this for home defense? Impressive when he takes it out of the barrel of water……….I thought it was going to blow up!